Tips to avoid being victim of mortgage loan fraud scam 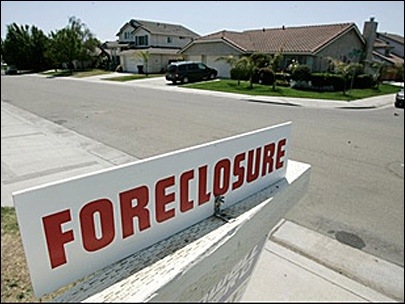 BAKERSFIELD, Calif. (KBAK/KBFX) — The California Association of Realtors, the Bakersfield Association of Realtors and the Kern County District Attorney’s Office teamed up on Tuesday to launch a joint foreclosure fraud task force. They said the Bakersfield area has the fourth-highest mortgage fraud risk of any real estate market in the United States.

“If it sounds too good to be true, it probably is,” said LeFrancis Arnold, the president of CAR.

Arnold said Tuesday’s press conference was to warn Californians, and local Kern County residents in particular, about the rise in predators ripping off homeowners facing foreclosure.

“The homeowner is feeling so depressed, they’re feeling absolute pressure of the fact that may end up losing their home one day, and so here comes this guy, knocking on their door saying,’I can save your home, reduce your payments and maybe have them even reduce the principle balance of your mortgage,’ and so people now get an array of hope,” Arnold said.

“They can be by virtue of phone calls, the Internet. People go looking for deals to help them with their mortgage issues through the Internet. Craigslist in particular, I’m aware of a couple of places where people have lost money, because they thought that would be helpful. And just through word of mouth,” said Green.

A few tips of advice to avoid getting scammed:

Green urged those who have already been scammed to not be embarrassed and to contact the Kern County District Attorney’s Office immediately.

“Preying on these homeowners is not only wrong, it is a crime, and my office will do everything in it’s power to hold offenders responsible and to seek justice for these victims of crimes,” said Green.

If you believe you may have been a victim of a mortgage loan fraud scam, you are urged to contact (661) 868-2340 and ask for Deputy District Attorney Patrick Lee.

The foreclosure rate in the Bakersfield-Delano area was 3.02 percent in March, down slightly from 3.82 percent a year earlier and lower than the national foreclosure rate of 3.41 percent, according to newly released figures from real estate data firm CoreLogic.

The report counted properties in any stage of the foreclosure process.

California was among the five states with the largest decline in foreclosure activity since the peak of the housing market. Activity in the state fell 42.7 percent during that period.

CoreLogic also looked at 90-day delinquent mortgage loans, which can be an indication of future foreclosures.

The 90-day delinquency rate for Bakersfield-Delano was 8.06 percent in March, compared with 6.84 percent in California and 7.18 percent nationwide.

Foreclosures have been falling for several years now, but not quickly enough for most.

The number of homes in Kern County that were sold at auction after a foreclosure was 328 in April, down 51 percent from 583 a year earlier.

While that would seem to be good news for the market, that decline — combined with the so-called shadow inventory of homes that lenders have taken back but not yet placed on the market — has resulted in an extremely limited supply of local homes for sale.

“The demand is there. We’ve got plenty of buyers, but they’ve had a hard time getting houses,” said Scott Tobias, a broker with Prudential Tobias Realtors and president of the Bakersfield Association of Realtors.

That’s putting upward pressure on local home prices. The median sale price of an existing single family home in the Bakersfield area rose to $145,000 in April, a 9.5 percent increase from March and up 14.3 percent from a year ago, according to the Crabtree Report, a gauge of the local housing market.

But in the nation’s largest markets, home prices ended the first quarter at their lowest point since the onset of the housing crisis, according to Standard and Poor’s/Case-Shiller Index of prices in 20 major cities.

In those cities, prices dropped 2.6 percent in March compared with the same month a year earlier.